Taking photos of the moon with an iPhone

One of the best methods of taking photos of stars, planets and satellites is with a webcam, like the old Toucam Pro, and processing with Registax. That’s not the easiest method though, and when you want photos of the moon, an iPhone does the job very well. The Moon, shot with an iPhone using Cortex Cam 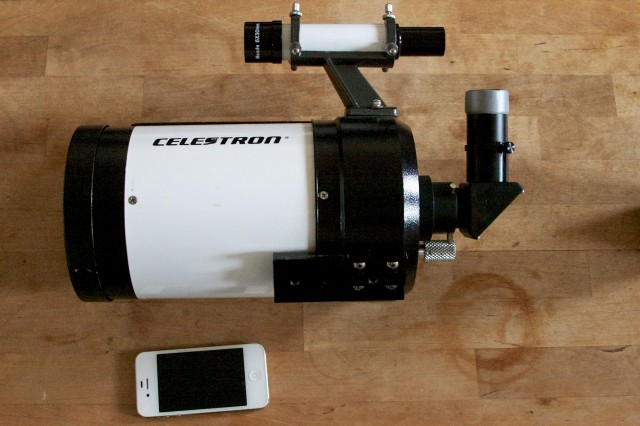 First, you need a telescope. Any one will do, but I use a 5″ Celestron spotter scope. It’s not the best, but it’s what I have and I’m very fond of it. Second, you need an iPhone. Again, mine isn’t the best, it’s a 4S, but it’ll do. Lastly, you need a way of looking through the telescope with the phone’s camera, and that’s where the Magnifi comes in. This is an adapter to allow your phone to latch onto an eyepiece. I got it when they were announced on Kickstarter, and it’s proven very useful. 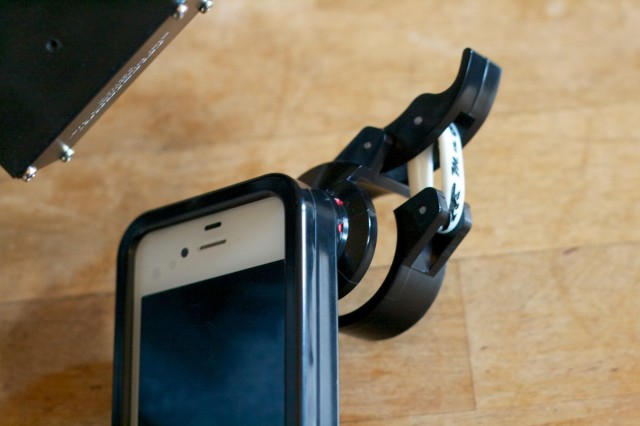 I use electrical tape wrapped around the end of a 24mm eyepiece to ensure the Magnifi fits properly. There are many eyepieces you could use, but some won’t fill the phone’s camera. In fact, the 24mm I use isn’t perfect, when shooting normally, as it doesn’t use the whole of the camera’s sensor. 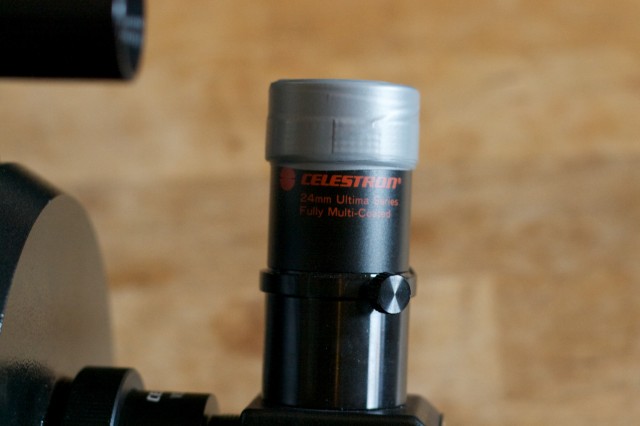 However, when using Cortex Camera, it is ideal and it fills the screen completely. Cortex Camera is an application on the iPhone that uses the HD video mode of the camera to produce a better quality still photo than you’d get normally, similar to the way stackers and webcams manage it, albeit not in a manner designed for astronomy. Again, it’s not ideal, but it’ll do. 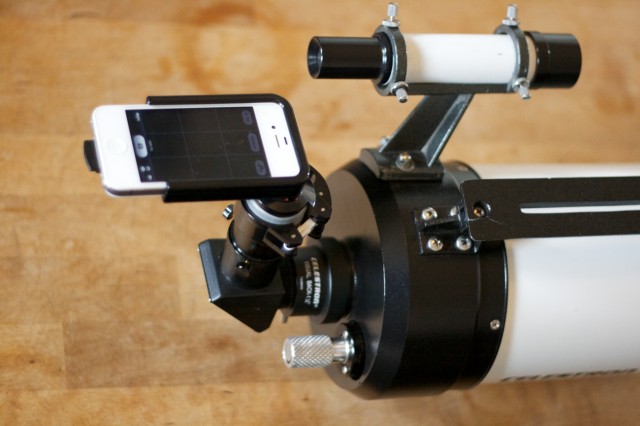 Once you have this set up, it’s really quite easy to take simple photos of the moon, especially if you use the Apple headphones with the mic attachment as a cable release (like a remote trigger for the camera so you don’t wobble everything when pressing the button) and a decent tripod.

Of course, what would be ideal would be a telescope with GPS-based tracking, but I’ve not tried one of those out with the phone. Yet. 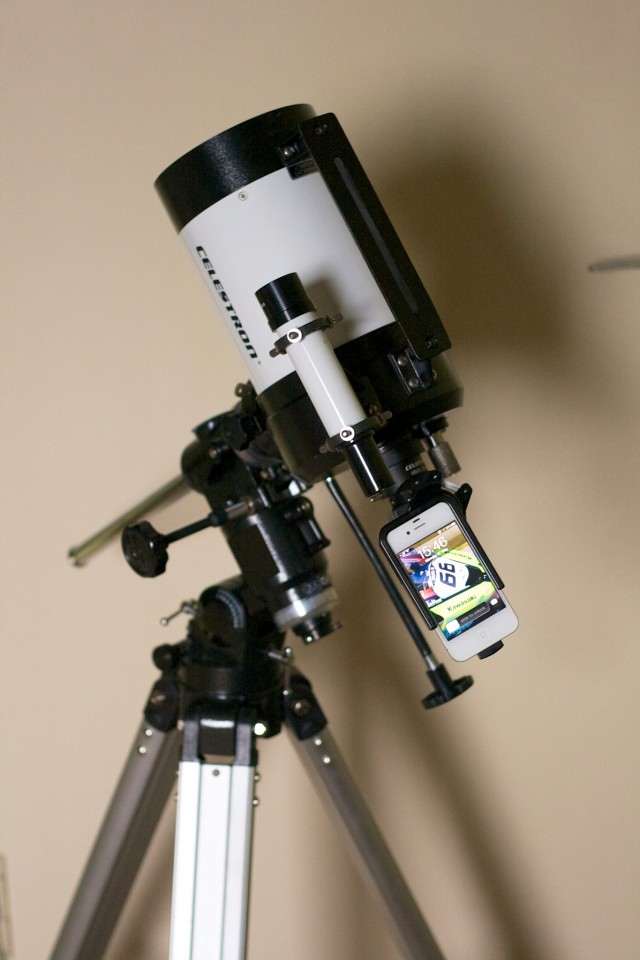 One important lesson I learned was to practice when it’s light, so when it gets dark, you’re not fumbling about, trying to fit everything together. There’s a church clock visible from my back window I use to test the setup in daytime. 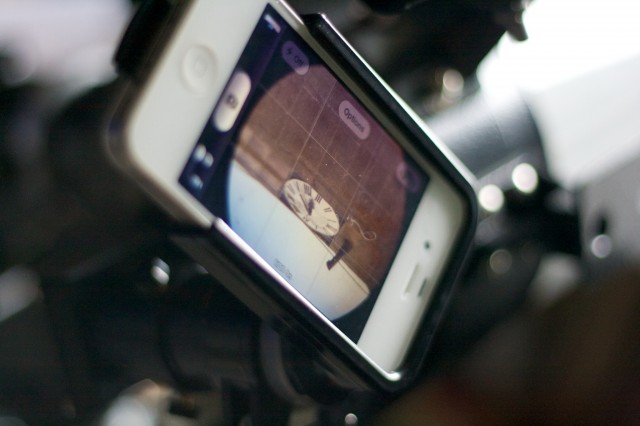 Experiment with different eyepieces and extenders to get the perfect settings with your own local landmark in the daytime and the practice will pay off when you try to take pictures of the moon. 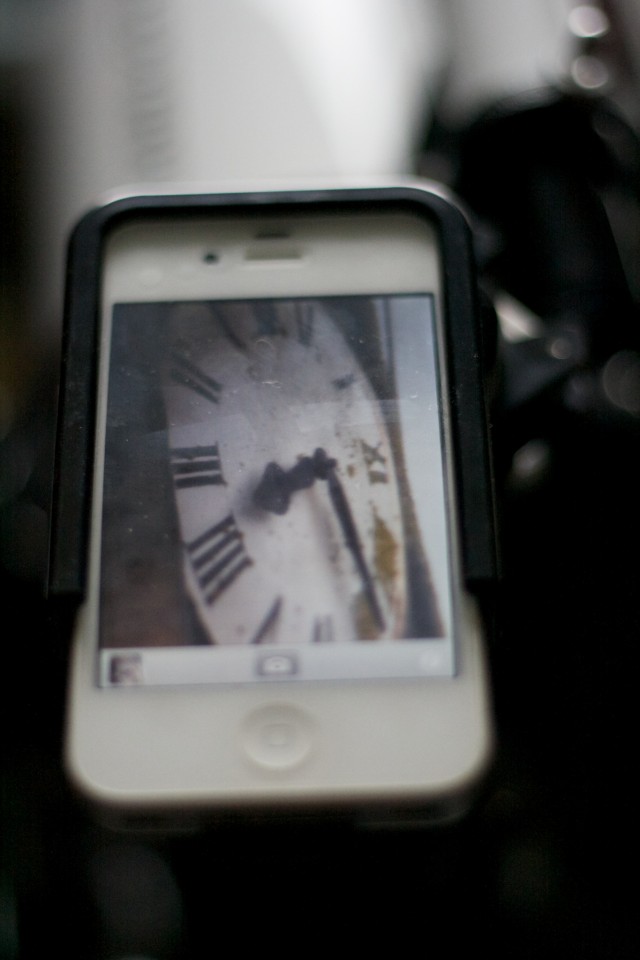