↓ Skip to Main Content
Home › Food › What is a Munchy Box?

What is a Munchy Box? 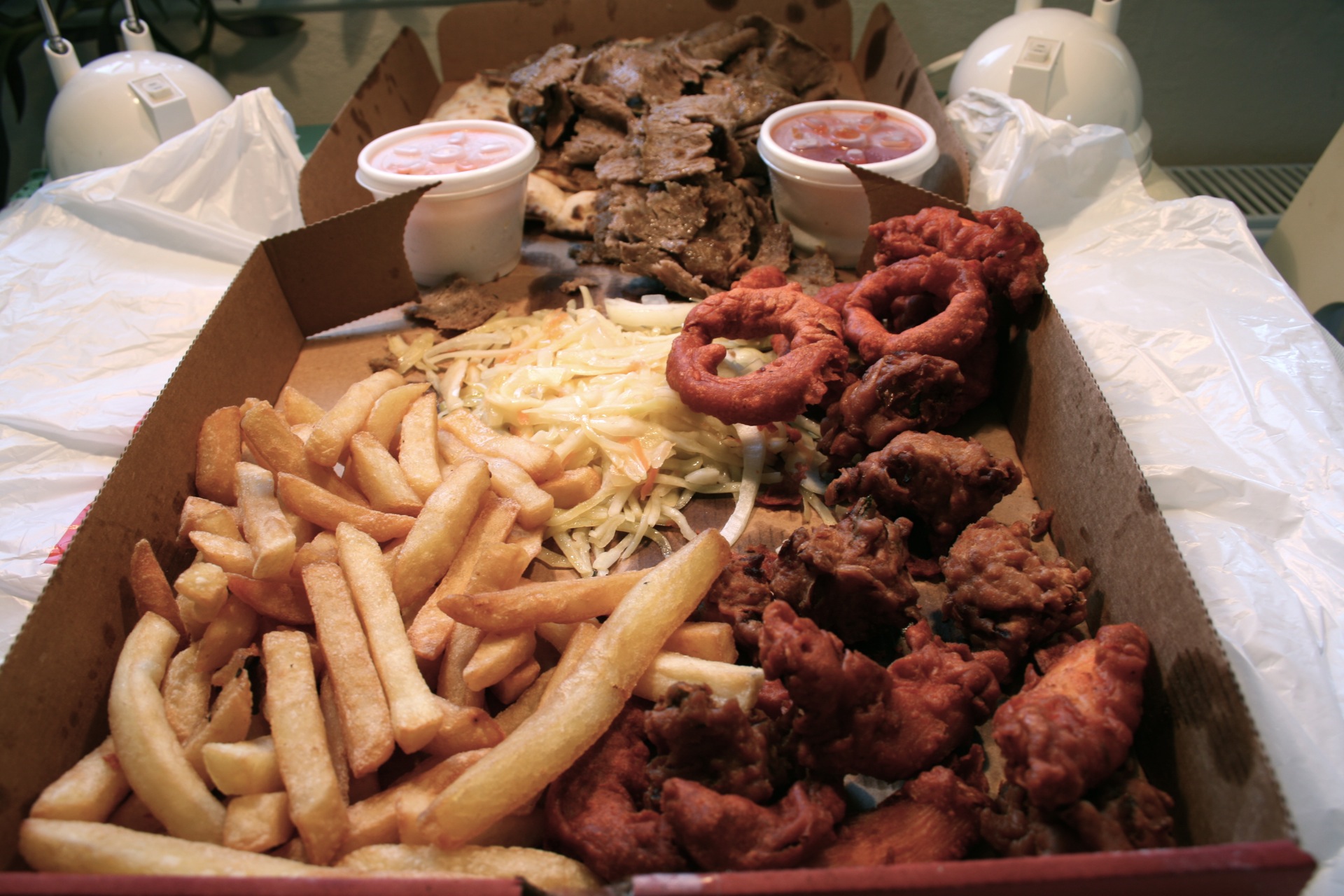 In the west of Scotland, in the towns and villages surrounding Glasgow, there is a delicacy available in some of the more discerning fast-food outlets. It’s called the Munchy Box (sometimes just Munch Box) and it’s a sight to behold. The one I bought for this article is a regular-sized one, in a 10″ pizza box for about a fiver, but they can come in 12″ or beyond for eight quid and up.

Upon opening your Jock Monsieur, you will see a layer of Doner Kebab meat on top of a Naan Bread, maybe with some Glasgow Salad (chips) poking out from underneath. The wonders that await!

Once the top layer has been removed, you can clearly see the two tubs of Sauce, the Glasgow Salad on the left and the Crappy Salad in the middle with the Onion Rings, Pakora and Chicken Tikka all huddled together for warmth on the right.

As a serving suggestion, I’ve laid it out with the crappy salad atop the chips, a piece of chicken tikka balanced on top of the salads, an onion ring surrounding a piece of pakora, a wall of doner meat served with a feuille of naan with a choice of two sauces. Sparkling Italian rosÃ© replaced the traditional Irn Bru, but purists be damned!

Or, alternatively, you could just shovel half down your Tennents-lined gullet whilst dropping the other half (crappy salad deliberately, the rest less so) on the pavement.

Next time, I may brave the hallowed Pizza Crunch Supper for your delection. With a half-pizza deep fried in chip-shop batter and piled on a wodge of chips, it truly is the champion of the artery-hardeners.

About the author. I’m an Englishman that lives in Scotland. I used to live here a while back, and in the last year just returned here after 8 years in Paris. This will give my culture shock the background it needs. My Munchy Box was the Â£4.95 10″ from Tandoori Nights, Stonehouse. Clicking on any images will bring up a 1920px wide version. Comments would be vastly appreciated. Oh, and just because photographs are available on the internet doesn’t mean you can use them without permission. I use a Attribution-Non-Commercial-Share Alike 2.0 Generic license on my photos.